John Neumann was born in Bohemia on March 28, 1811. He entered the seminary in 1831. Two years later he entered the university in Prague, where he studied theology.

His preparations for the priesthood were completed in 1835, but he could not be ordained in his own diocese because a limit had been placed on the number of priests. So he offered to do missionary work in a “mission country,” the United States. Arriving penniless in New York, he was accepted into the diocese and ordained a priest in June of 1836. He was assigned to mission churches near Buffalo, where he labored zealously for four years.

Feeling the need for spiritual support, he applied to the Redemptorists. He became the first priest to enter the Congregation in America when he took his vows in Baltimore in January of 1842.

From the beginning he was highly regarded for his evident holiness, for his zeal and affability. His knowledge of six languages made him particularly apt for work in the multilingual society of 19th century America.

Father Neumann was named bishop of Philadelphia and consecrated in Baltimore at St. Alphonsus Church in March of 1852. He organized a diocesan education system of parish schools, staffing it with religious sisters and brothers to teach in it. One source of teachers for him came from the Sisters of the Third Order of St. Francis, which he founded. The Cathedral of Saints Peter and Paul was one of 80 churches built during his episcopate.

Nicknamed the “Little Bishop” because of his height (he stood roughly five feet four inches), St. John Neumann was never robust in health, but in his short lifetime he kept up with his pastoral duties while publishing numerous articles and authoring two catechisms.

On January 5, 1860 he collapsed and died on a Philadelphia street. He is buried in St. Peter the Apostle Church in Philadelphia. He became the first American male to be declared a saint when he was canonized in June of 1977.

With Thanks to the Redemptorists of the Denver Province.

The following account of his life is from the website of the Baltimore Province of the Redemptorists:

John Neumann was born in Prachatice in Bohemia (now the Czech Republic) on March 28, 1811. He studied theology in the seminary of Budweis. Zealous for the missionary life and to lead souls to Christ, he decided to leave his homeland to dedicate himself to the European immigrants in America, who were deprived of spiritual support.

Neumann was ordained a priest by the bishop of New York in June 1836, and gave himself to the pastoral care of people in the vast area around Niagara Falls.

Wanting to live in a religious community that corresponded more to his missionary vocation, in January 1842 he entered the Redemptorists. A tireless missionary, Neumann busied himself in particular with the German immigrants, first in Baltimore, then in Pittsburgh.

Having filled the role of vice-provincial superior of the Redemptorists from 1846-49, he became the parish priest of St. Alphonsus Church in Baltimore. In 1852, at the age of 41, he was named bishop of Philadelphia.

Neumann had a strong effect on the religious life of the United States by founding Catholic schools and promoting devotion to the Eucharist. He founded a new religious institute — the Third Order of Saint Francis of Glen Riddle. The School Sisters of Notre Dame likewise regard Neumann as their secondary founder, their “Father in America.” In just seven years, he built 89 churches, as well as several hospitals and orphanages. As a bishop, Neumann was untiring in visiting his vast diocese.

On January 5, 1860, at the age of 49, he died suddenly of a heart attack on a Philadelphia street. Neumann was beatified during the Second Vatican Council on October 13, 1963, and was canonized on June 19, 1977. In the homily on the occasion of Neumann’s canonization, Pope Paul VI summarized the activity of the new saint: “He was close to the sick, he loved to be with the poor, he was a friend of sinners, and now he is the glory of all emigrants.”

St. John Neumann is invoked as a patron of sick children and of immigrants.

P.S. John Neumann learned enough Irish/Gaelic to hear the confessions of the many Irish immigrants who were working on the building of the Erie Canal.

Editor: For any young man reading this, who feels the call to give his life for the sake of 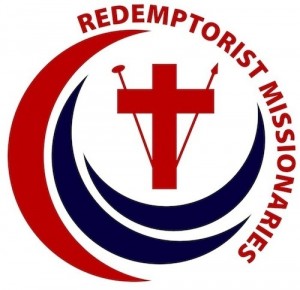 Logo of the Irish Redemptorist Missionaries

the Gospel, there are many ‘mission fields’ opening up in the world of today: ‘each new generation is a new continent to be won for Christ’ (St. John Paul II): Irish Redemptorists, in collaboration with our Vice-Province of Fortaleza in Brazil, has in the past few years opened up a new mission in Mozambique in Africa,- one of the poorest countries in Africa. About 15 million people speak Chichewa, in that region, and missionaries, working with the local churches, have to learn Chichewa.

Also, the European Conference of Redemptorists have, in Sept. 2014, opened up a new Mission in Albania,- again, one of the poorest countries of Europe. The first three Redemptorists there are learning the language, and will work very closely with the church in Albania, to assist in the spread of the Gospel.

‘The harvest is great’ -everywhere!- ‘but the labourers are few. Ask the Lord of the harvest, therefore, to send labourers into his harvest.’

Contact us by speaking with any Redemptorist, or through www.redsvocations.ie