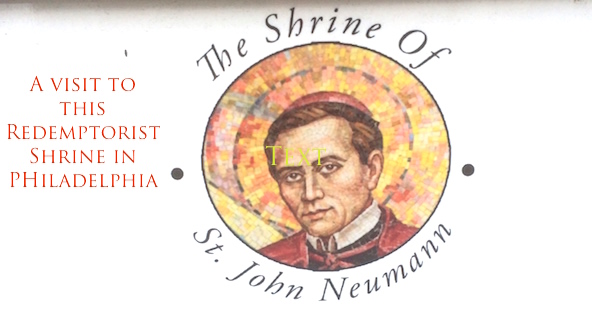 Fr. Seamus Devitt, from the Esker community, had some hours to spare while in transit through Philadelphia, in early August. He took the opportunity to visit the national shrine of St. John Neumann, a Redemptorist who was made the fourth Bishop of Philadelphia (1852-1860). Here are some photos of his visit, on August 6th, 2015: 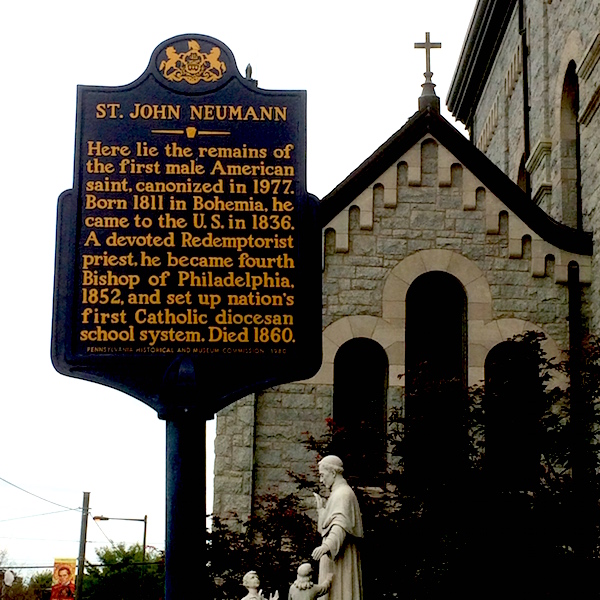 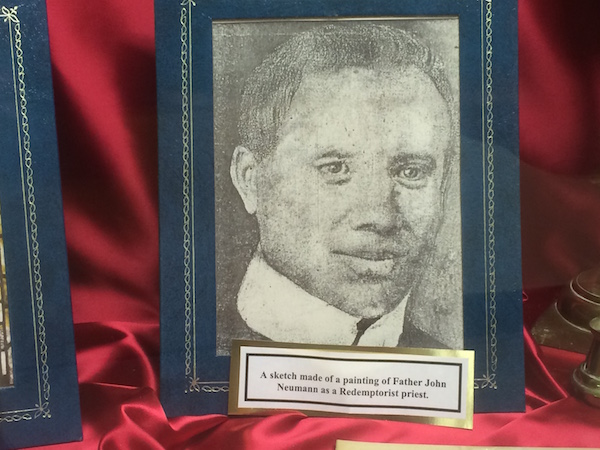 A sketch of painting of John Neumann as a Redemptorist. 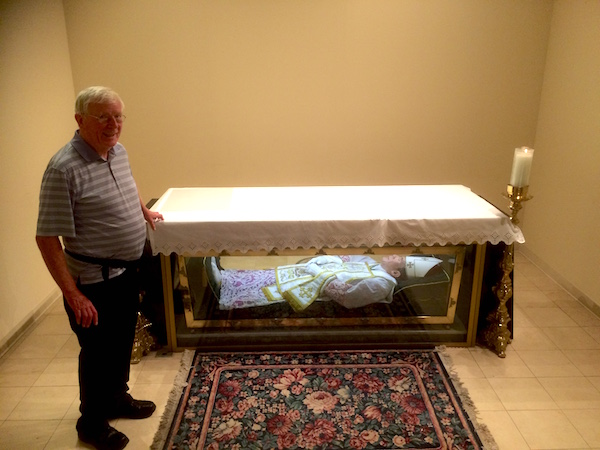 Fr. Seamus Devitt at the shrine of St. John Neumann.The Shrine is undergoing renovation at the moment, and so the remains can only be viewed behind the temporary screen.

Fr. Seamus noted with surprise and joy that the young priest, John Nepomocene Neumann, had become a Redemptorist on January 16, 1842. This was almost a century to the day that Seamus was born, on January 10th 1942. A new bond between them!

Click here to read about this remarkable Redemptorist. Incidentally, John as a priest learned enough Irish to hear the confessions of the many Irish who were working on the building of canals such as the Erie Canal!

Pope Francis will be visit Philadelphia in late September, and it is hoped that the Shrine will be renovated and ready for the many thousands of visitors who will be in the city at that time. We wish them all well, at St. Peter’s, as they prepare for this special event!

And for more about the Irish Redemptorists, click here.