‘Only for the snow, I would have been a White Father!’

Only for the snow, he would have been a White Father! -or a Brother with the White Fathers. He had written his letter to them, but the great snow of ’47 prevented his posting it. Then he read in the Redemptorist Record magazine that the Redemptorists had Brothers as well as priests. He changed the address, posted the letter, and got a reply back within a week. And so, on May 19thin that year of the great snow, 1947 -two years after the war being finished -he made his way to Cluain Mhuire, Galway,  to begin life as a Redemptorist brother. Only for that snow, he says, he would have been a White Father Brother! 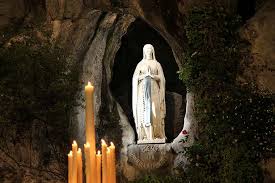 Beginning in Cluain Mhuire, Galway,  he moved, in the course of the years, from there to Limerick, to Esker, Cluain Mhuire, Esker, Limerick, Belfast (Clonard), Limerick, Dundalk, Limerick – also for six months in a Redemptorist Mission Community in the States –  and finally, in 1984 to Esker. He has been here in our community of Esker, Athenry, for almost 35 years! He is still hale and hearty, thank God! He celebrates 70 years as a Professed Redemptorist, on this February 11th, 2019.   Feast of Our Lady of Lourdes. We ask her prayers for him, and we pray God’s blessing on him in every way. 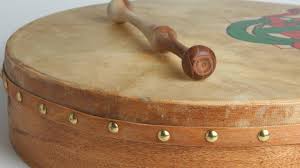 P.S. Brother James is a cool hand at the bodhran! He still goes to his seisiúns twice a week.

From our Redemptorist Constitutions:

54b: Religious profession, therefore, becomes the definitive act of the whole missionary life of Redemptorists.

55. This profession makes all Redemptorists truly missionaries, whether they are engaged in different activities of the apostolic ministry or hindered from working at all, whether they are occupied with various services on behalf of the Congregation or the confreres, or are advanced in age, sick, or incapable of external work or whether, above all, they are suffering and dying for the salvation of the world. 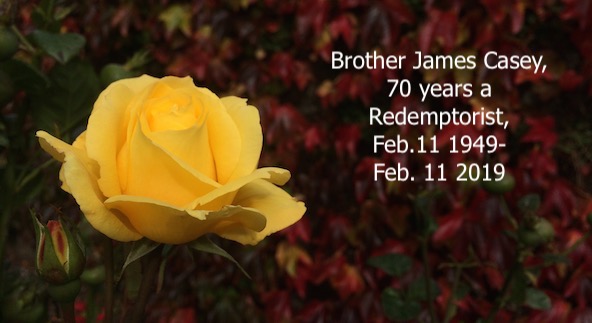