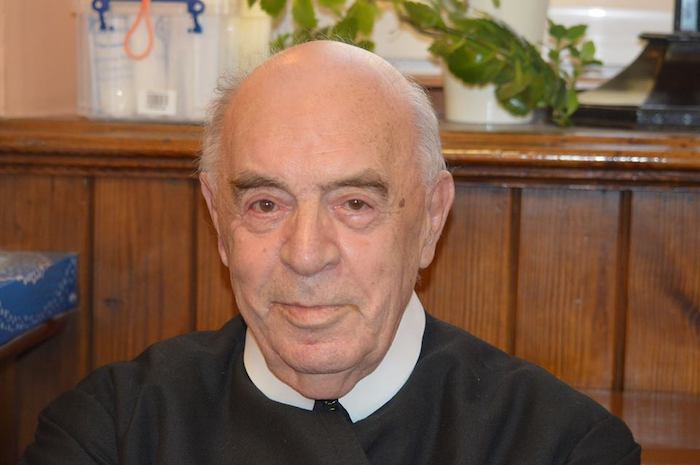 It is with great sadnness that we announce that Fr Brian McGrath CSsR has returned home to the God that he loved and served so faithfully. Fr Brian died peacefully on Saturday morning, March 30th,  in the Abbey Nursing Home, Blackrock, Co.Louth.
Fr Brian was member of the Redemptorist community in Dundalk.
May Fr Brian’s gentle soul rest in peace.

Today at noon tthe Requiem Mass for Fr Brian McGrath CSsR took place in St Joseph’s Redemptorist Church in Dundalk. We said our final Goodbyes and gave thanks for the life and ministry of Fr Brian. May his dear soul rest in the peace of Christ.

Below is a short sketch of the life and ministry of Fr Brian, a much loved Redemptorist.