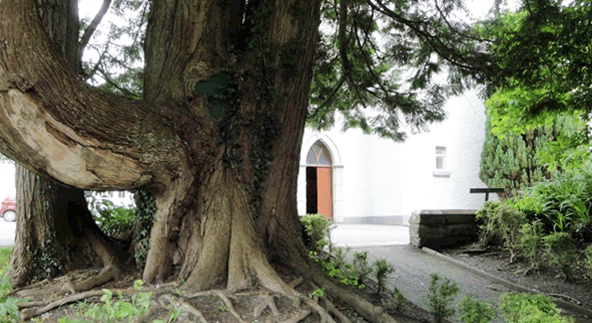 The Redemptorists were founded by St. Alphonsus Liguori in Italy in 1732. We are in Ireland since the middle of the nineteenth century. Our main work has been preaching – through parish missions, novenas, and retreats of all types. Here in Esker we have a retreat centre and a youth village, and we are in the process of discerning, with people of this whole locality, and with others, the future direction of this Redemptorist Community and its various apostolates. Our Youth Ministries here last year welcomed almost four thousand young people who come here for one-day retreats or over-night residential retreats.

The Grounds of Esker are beautiful. There are three large sand hills, two of which are covered with trees and crisscrossed with walks. Many people come here just to walk and experience the peace of the place. We welcome all, and are glad to see people come and go, since we believe in the special aura of Esker. While strolling around the eskers, a person may, if they so wish, pray the Way of the Cross, visit the grotto to Our Lady, or the community cemetery, where priests and brothers have been buried for over a century.

The third sand hill, known as Dominic’s Hill, in honour of the Dominicans who lived here for so long, repays the struggle to reach the top by providing a view over a large area of south Galway.

Beside it is Dominic’s Well. Each year people come in large numbers, on January 5th/6th , to carry away some of the blessed water from the well. According to tradition it is used particularly to bless the land and the cattle. Though in recent years there are some indications that blessing a hurley with the water from the well increases the skill of the user!

The men who currently lead the Community in Esker 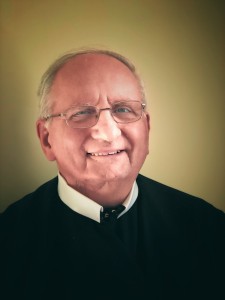 Fr. Brendan Callanan C.Ss.R.: Fr. Brendan is a native of Cork. Ordained in Cluain Mhuire, Galway in 1972, he has worked for much of his life in our Vice-Province of Fortaleza in N.E. Brazil. In recent years he worked for a time in Surinam with the Redemptorists there,- Surinam was the home of Blessed Peter Danders, Redemptorist, who lived for many years among the lepers. Brendan was Provincial Superior in Ireland for six years in the 1990′s. A member of our EPC or Extraordinary Provincial Council, or the leadership team of the Redemptorists in Ireland at the moment, Brendan was appointed Superior or Rector in Esker in April 2019. We welcome him and we wish him well in this ministry among the people of Esker and beyond. 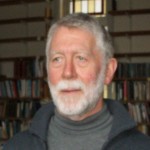 Patrick is a native of Youghal, Co. Cork. Ordained in 1972, he spent some years on our mission in Brazil. Afterwards he served in many capacities for the Congregation here in Ireland. These included a period in the Provincial Government during the 1980′s and some years in the ecumenical centre in Corrymeelia. Then he was asked to go to our headquarters in Rome and work as General Treasurer of the Congregation. Despite the fact that he had no training in this area he went and make a great success of the work for seven years. Before he came to Esker he worked in the North of Ireland, based in Clonard Monastery in Belfast.

Fr. Jimmy is a native of Miltown Malbay in County Clare. Following his First Profession as a Redemptorist Brother, he spent five years in Cluain Mhuire, Galway. He was based in 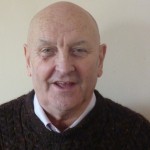 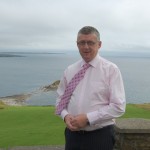 Gearoid Mulrooney is a Mayo man living in Galway! He took up the job of Project Manager here in Esker in August 2011. He oversees the whole place, and works with the house-council and community in the ongoing care and development of Esker and its programmes. He is married, with a family.